Please wait while the audio tracks are being loaded.

It appears there are not any audio playlists available to play.

The track url currently being played either does not exist or is not linked correctly.

Update your browser to a recent version or update your Flash plugin.

First off, I’m going for the royal ‘we’ with the headline. Adam has been on-board since Buffering came to be. I recall discussions as we began put the show together, and I was incredibly stubborn about keeping YouTube out of our scope due to the large majority of crap, cat videos, and crappy cat videos, but I have learned.

Yes, the crap is still there, but there are legitimate production values driven toward YouTube viewers, and I’m here to provide those I have binged upon, thus far. In a way, I hope this becomes a discussion vector where you can also provide additional insight, but I’ll get the ball rolling.

And before I start my list, I thought it’d be worth-while to provide you with my context of “production value”, in terms of YouTube videos. I’m referring to the videos with sets and filming locations, with audio editors and camera operators. No videos filmed by someone talking to their webcam in their rumpus room. There are a number of artists on YouTube that produce said ‘living room’ style clips, but there is a burst of QUALITY videos that have hit the scene, and are freakin’ FREE, that you should check out. Seriously.

To start, I’ll mention a YouTube program that has made its way on to the podcast many a time: Nerdist presents All-Star Celebrity Bowling. It’s fun to mention this program specifically, as AMC is looking to produce the show on the real-deal televisions (read about it here). To me, this show (as well as the next program on my list) is fun and interesting because it holds a similar charm to those celebrity poker programs of the early 2000’s. It didn’t read like a reality show, where there’s unnecessary drama that is produced, but, instead, just one liners from every participant for the entire game. Picture that same vibe, but in a bowling alley predominantly populated by comics. It’s comedian Chris Hardwick, plus two to three of his Nerdist compatriots, paired up against movers and shakers in the entertainment biz, be thay celebrity chefs, or the casts and show runners, respectively, of “The Walking Dead” and “Mad Men”. The over-arching concept for the show is that one to two thousand bucks are on the line, where the challenging team will receive $1k (for a charity) from Nerdist if said challengers are defeated, but that same challenging team will win two grand for their charity if they win the match. It’s fun to see who is good, it’s hilarious to see recognizable figures bowl worse than you, and it’s all for a good cause. Win-Win … win. Check it out.

My next program follows that ‘celebrity acting candidly during a relatable activity’ flow, but uproots the venue from the bowling alley to the fictitious basement/game room of Wil Wheaton. That’s right. I’m talking about TableTop, produced by Geek & Sundry (Felicia Day’s channel). My friends and I are getting back into board games, with a lot of credit going to this program. Buffering guest Connor Boran was my infection vector to Ticket to Ride and Elder Sign, as well as to TableTop. Since watching (and repetitively re-watching) each episode, I have purchased two games featured on the program (Dixit & Small World [for the iPad]), which gives a bit of credibility to the level of quality when it comes to featured games, and the variety of guests gives it a hearty re-watch value. It’s a mess of Wheaton’s friends from the worlds of Internet video, TV, movies, music, and nerdery. And don’t worry if you don’t know how the games work. Time is dedicated in each episode to give the gist of the rules. Definitely check it out.

To change gears, my next YouTube feature is a scripted comedy program, produced by Cracked. Yes, the magazine that runs in the same circles as MAD. But before you shun me and skip this paragraph, they’ve really stepped up their game to become a near-‘CollegeHumor.com at its peak’ site. Nerdy, funny, and in snippets rather than long-format. After Hours is a four-character adaptation on the “Star Wars/Contractor” conversation from “Clerks”, if that off-beat approach comparing pop culture to reality was applied to additional nerdy topics, such as the Sexism in Star Wars, why Indiana Jones Sucked at his Job, why “Back To The Future” is a REALLY creepy movie, and more. The four characters impart a number of viewpoints on each topic upon viewers (like how I learned that “Sex in the City” is the “Teenage Mutant Ninja Turtles” for women), combined with somewhat stereotypical mannerisms relating to said character (jock, nerd, screwball, and “the girl”). That last part sounds like it’s a slam against the show’s approach, but it really does work. The quirks aren’t heavy-handed, and balance well as breathers between each argument. Check it out. 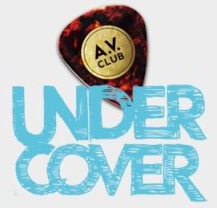 Finally, we end our tour with a bit o’ music. It’s A.V. Club’s Undercover Project, the two-year-old YouTube program that features musicians stopping by The Onion‘s Chicago offices to perform in a small circular room in the A.V. Club department. The catch is that they are playing covers of songs suggested by A.V Club readers, so, through this program, you’ll see The Polyphonic Spree playing Neil Young’s “Heart of Gold”, They Might Be Giants playing Chumbawamba’s “Tubthumper”, and Young the Giant playing R. Kelly’s “Ignition (Remix)” and so many more. I’ve found it to be somewhat hit and miss, as you’ll see when you check out GWAR’s cover of Kansas’s “Carry On My Wayward Son”. There are also plenty of reinterpretations when it comes to executing some of the songs, so it’s good to watch videos with a grain of salt, as you may go in expecting a perfect rendition of a familiar/favorite song and walk away crushed. But, it’s still definitely worth your time. Check it out.

I’ll continue to search for quality programming within the muck of YouTube, and I’ll report back with more in the future.

No incoming links found yet.